If you are ever feeling insignificant, like you are too small to have an impact on this world, take a moment and stare at Destin’s East Pass. Watch the fishing fleet return from the Gulf, admire all the yachts going back and forth, and then repeat after me: “Five guys and some oars.”

Yep. That’s what did it.

Five guys and some oars (and a big dash of determination) are responsible for that big, wide entryway into the Gulf of Mexico from Choctawhatchee Bay.

It has long been local lore that families whose properties were quickly sinking underneath rising Choctawhatchee Bay waters had grabbed a few shovels and dug a trench in a desperate attempt to relieve the Bay’s swelling. It turns out, that’s pretty close to what actually happened.

With the help of Destin historian H.C. “Hank” Klein, we were able to unearth the facts lost in lore. 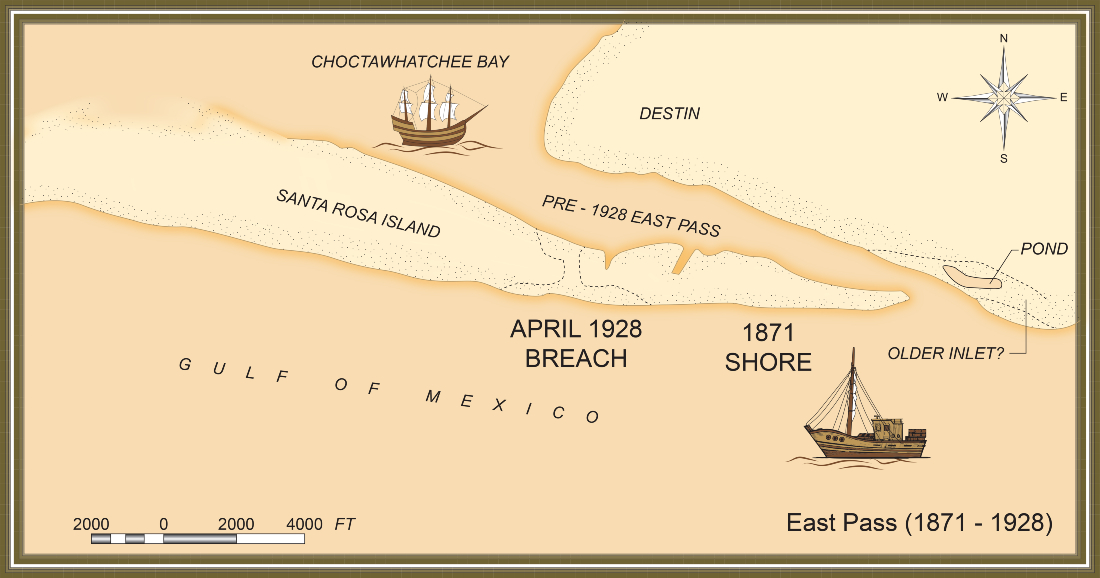 In 1929, unprecedented rain in Alabama led to a surge of water that reached the Bay via the Choctawhatchee River. The original pass (Yes! The East Pass was not the first) was narrow and crooked, not only making it tricky for boats to navigate, but it also made it difficult for the Bay’s excess water to escape into the oncoming Gulf waves. This old original pass, Klein explained, was located at the east end of Destin Harbor, between what is now Sandpiper Cove and Pelican Beach Resort.

In an attempt to help relieve the flooding, five determined men – O.T. Melvin, his son O.T. Melvin Jr., Capt. Dewey Destin Sr., Adolph Weekly, and Ian Strickland – climbed into a small skiff and hacked a trench into the sand with the tips of their oars.

“Within an hour, there was a gully more than 100 feet wide; and by the next morning, it was more than 100 yards across, and a new East Pass that was 1,300 feet across was formed,” Klein wrote in his History Mystery column for The Destin Log.

In the 1930s, the U.S. Corp of Engineers began dredging the new pass, as hurricanes and storms had caused the original pass to close. [Fun fact: Crab Island was created by the sand dredged from the pass!] 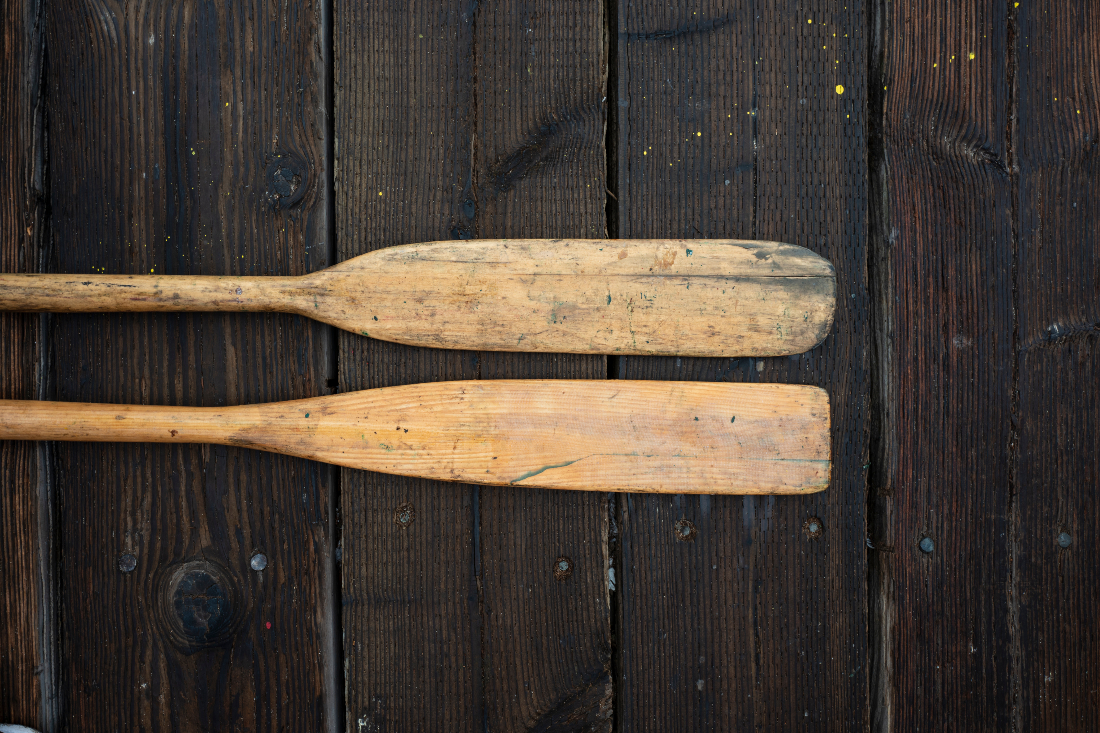 With the new East Pass’ depth still unstable, officials devised a plan to ship giant boulders from Kentucky on barges to create jetties. These jetties were completed in 1969 and are now a treasured snorkeling spot.

Today, fishing boats, locals, and tourists are thankful for the East Pass location and for the quick access it provides to the Gulf. Destin’s famous “Luckiest Fishing Village” slogan is partly due to the location of what’s called the 100-fathom curve in the Gulf. This curve is closer to Destin than any other spot in Florida, meaning anglers only need to travel 10 miles before the water depth drops a dramatic 600 feet, where a wide variety of fish can be caught.

If the Bay hadn’t flooded, and if those men hadn’t been so determined, Destin’s Harbor might look a lot different than it is today.

The Other East Pass 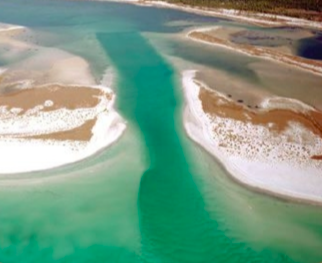 Did you know, Panama City Beach has its own East Pass? Or rather, had.

Dubbed “The Old Pass” by many, the East Pass was located between Tyndall Air Force Base and Shell Island. It closed naturally in 1999 and was reopened by Bay County in 2001, before closing itself again in 2003.

Concerns regarding the health of St. Andrews Bay have prompted support for reopening the East Pass. Bay County received $1 million through the RESTORE Act grant to study the impact to the Bay if the East Pass is opened. The Florida Department of Environmental Protection is also requiring a feasibility study. These studies could take 35 months or more to complete.