Two humble ingredients are the starting point of a big bowl of comfort. When it comes to shrimp and grits, it’s rare to find two versions that are exactly the same. This ends up being a wonderful thing, as ordering this dish from different restaurants sends you on a delicious journey to find your ultimate shrimp and grits fix.

From a cheffy twist with smoked bacon and sautéed veggies to a spicy take topped with Conecuh sausage, these renditions of the Southern staple are sure to appease your appetite.

Chef Jim Shirley’s upscale take on shrimp and grits features a base of smoked Gouda cheese grits topped with blackened shrimp and a saute of smoked bacon, spinach, portobello mushrooms, and cream. “I’ve prepared Grits a Ya Ya all over the country for many different crowds,” Shirley told Beach Happy. “From a wedding in Napa Valley to major events in Chicago and Washington to the James Beard House in New York City and all the way back down to Florida, it’s my go-to dish. A staple on Great Southern Café’s menus for 22 years, Grits a Ya Ya has stood the test of time.” 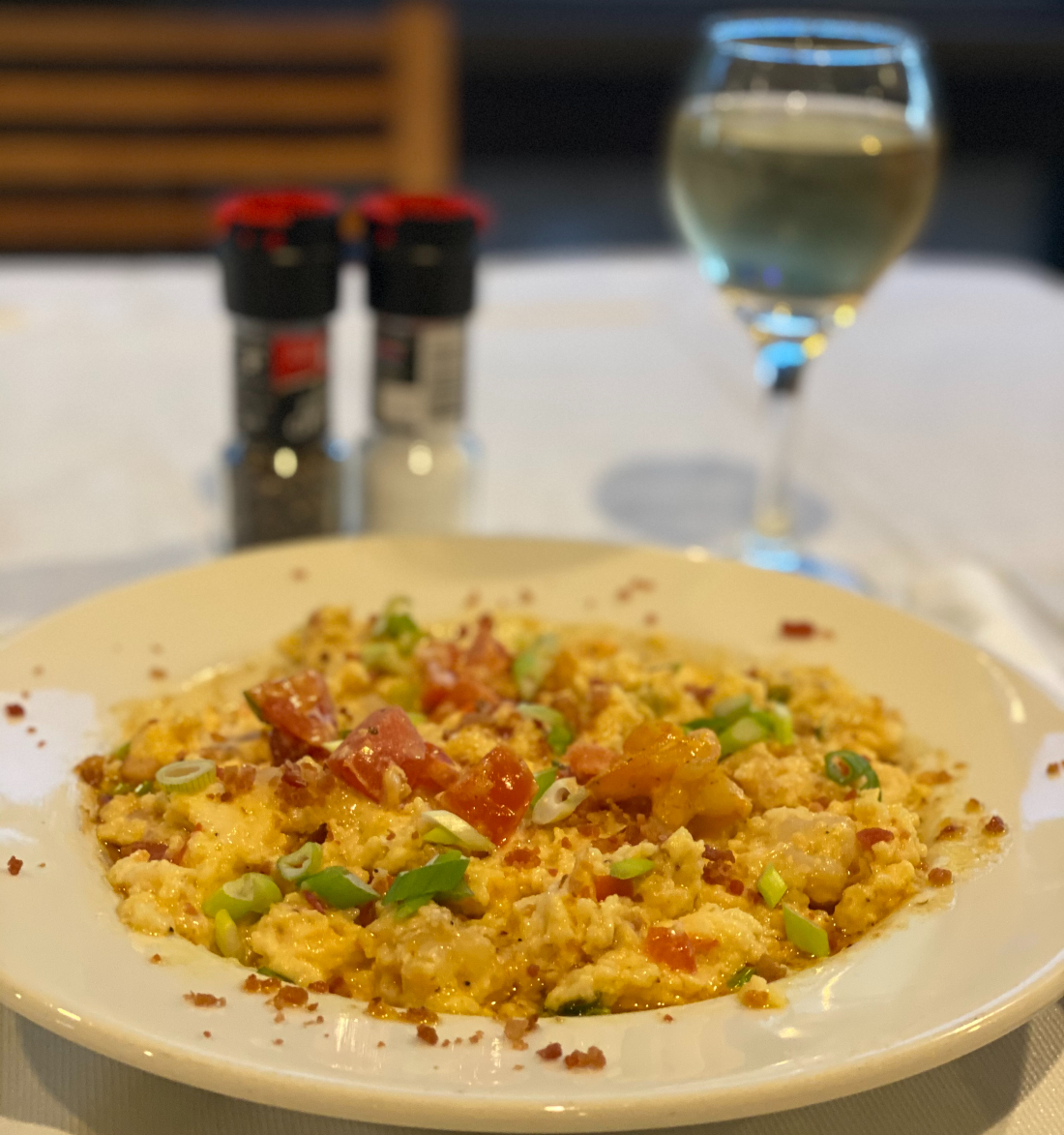 Located in the St. James Bay Golf Resort, Crooked River Grill serves up a diverse menu of coastal comfort cuisine. Shrimp and grits is a dinnertime staple here, featuring fresh Gulf shrimp and creamy grits made with half-and-half and cheddar cheese. A secret sauce sets their version apart, consisting of a special seasoning blend, white wine, lemon, bacon, and green onions. The sauce is mixed into the shrimp and grits, and the dish is garnished with bacon and scallions. 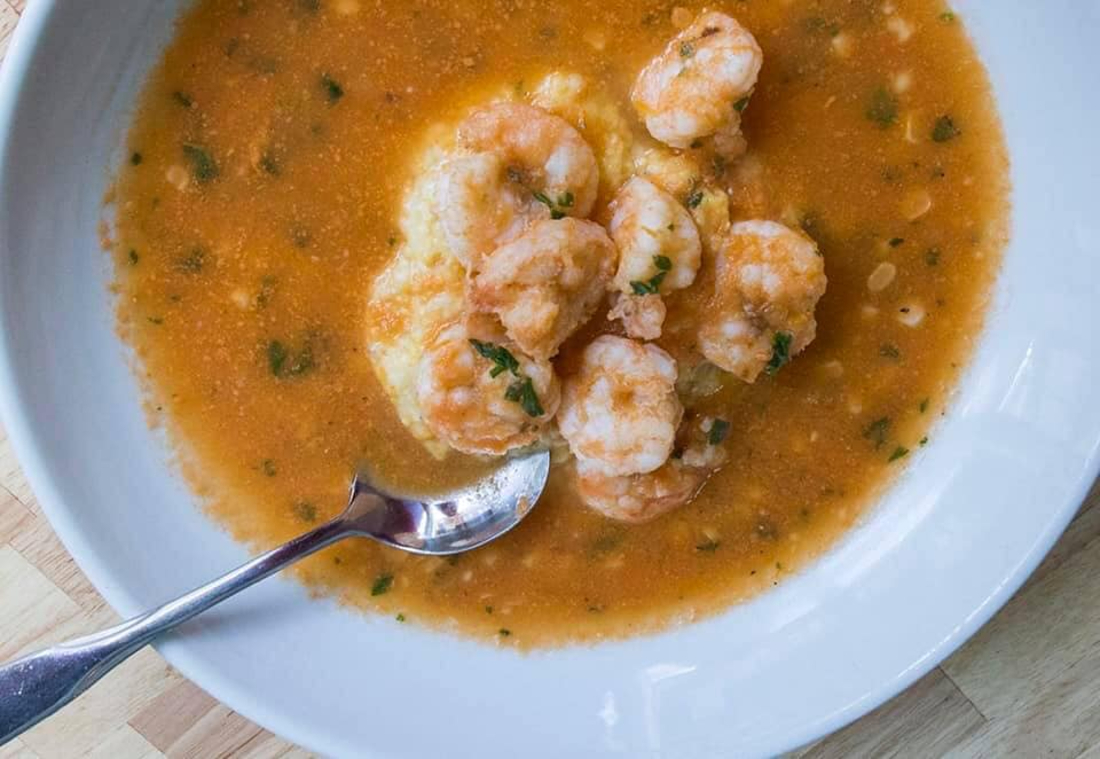 Locally sourced ingredients reign supreme in the seasonally inspired fare at The Noble South, and their shrimp and grits recipe is no exception. “It’s all in the local ingredients; our shrimp and grits are made with three extremely local things,” general manager Myles Meade told *Beach Happy*. They get Claude’s grits from Ken Jansen in Fairhope, Alabama. “They’re super delicious and stone-ground,” said Meade. Sizeable chunks of thick-cut bacon come from Bill E’s Bacon, another Fairhope business, and of course, the shrimp is fresh from the Gulf. 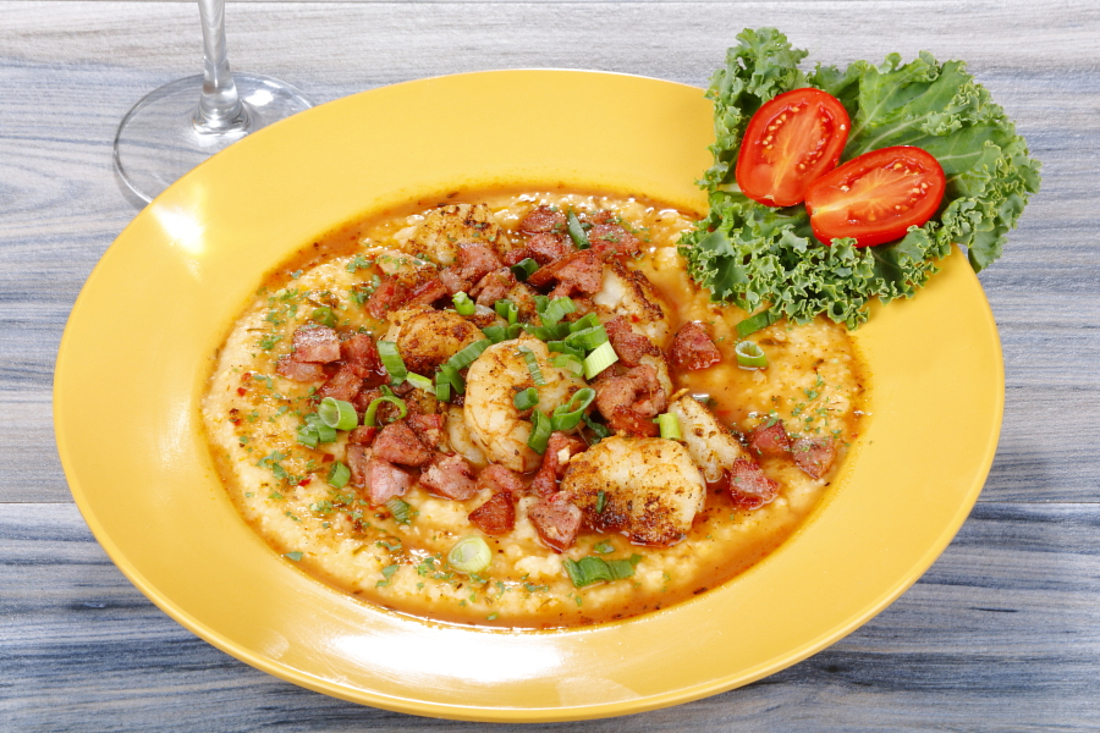 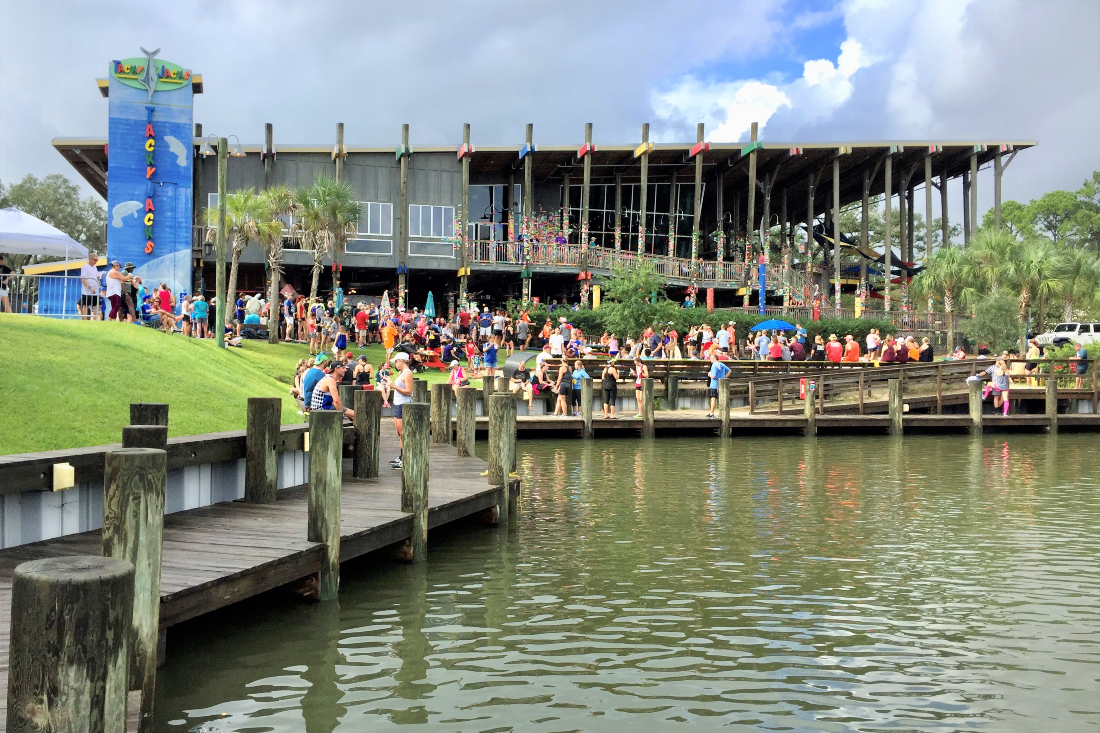 This waterfront seafood restaurant is the third (and newest) outpost of the popular Orange Beach hangout established in 1979. Tacky Jacks Gulf Shores sits on the Intracoastal Waterway and has an open-air bar plus a children’s play area. Their take on the dish features grilled Gulf shrimp and Conecuh sausage over grits, served with a side of steamed vegetables. It’s got a spicy kick thanks to a seasoned broth that’s simmered for hours.

Founded by a husband-and-wife team with deep Louisiana roots, Dat Cajun Place is a local standby for Cajun-inspired fare, with a live jazz brunch on Sundays, and multiple screens for watching football (we suspect LSU and The Saints reign supreme here). Their shrimp and lobster grits has a base of creamy tasso and Gouda cheese grits, which is topped with sauteed shrimp, a grilled lobster tail, and brown Cajun gravy. 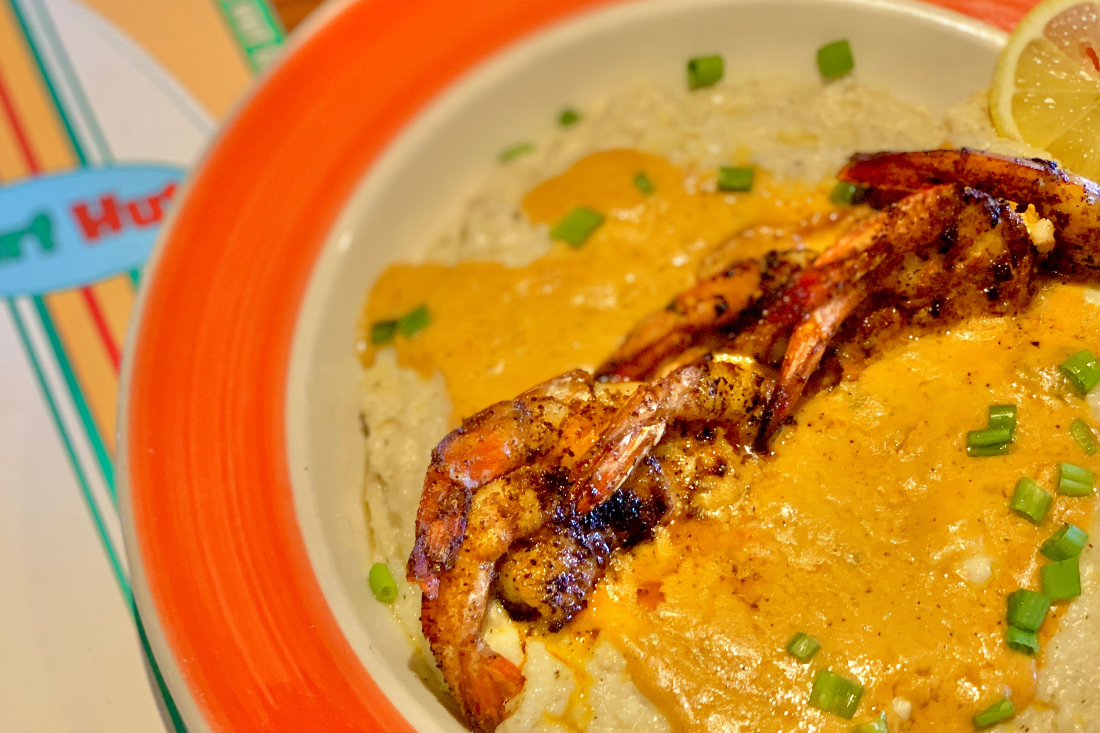 Fresh Gulf seafood comes with a welcome side of beachfront views at this casual restaurant along old Highway 98. Surf Hut’s parent company, Saltwater Restaurants, runs a wild fish processing facility where more than 250,000 pounds of fresh-caught Gulf seafood including shrimp, grouper, snapper, mahi-mahi, cobia, wahoo, and amberjack are prepared and distributed to Surf Hut and its sister restaurants every year. This ensures the seafood they serve their customers is as fresh as possible. For their shrimp and grits, large Gulf shrimp are dusted with Surf Hut’s signature blackened seasoning and sauteed with a creamy Cajun andouille sauce. It’s served on a bed of buttery Parmesan cheese grits.

Alphy’s keeps it simple. You can order their dish with plain or Cheddar Jack cheese grits. “We don’t try to do anything over the top with it — we keep it simple, but there’s still a lot of great flavors in it,” kitchen manager Tyler Ferguson told Beach Happy. “Our grits are always nice and firm, and the dish is always consistent. When you order it the first time, it’ll taste just as great the next four times you order it.”