Down in the British Virgin Islands, everyone knows the best beach bar around is Soggy Dollar.

Why soggy? Because unless you live on the island of Jost Van Dyke – and only 220 people do – the only way to get to Soggy Dollar is to swim.

There’s a clothesline conveniently located behind the bar upon which you can hang your wet cash out to dry, or spend. 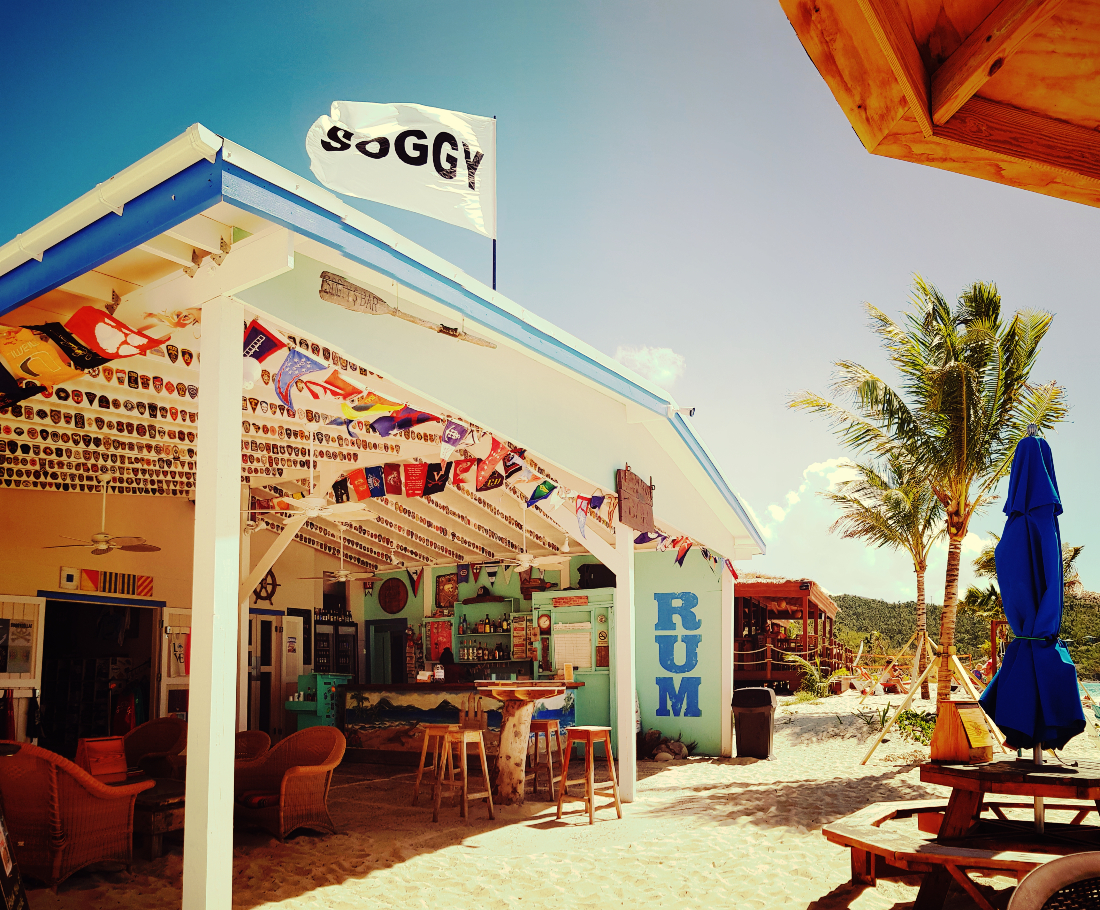 Oh, but the people come, just as they have practically every day for the last 50 years. Although by night, they disappear just as predictably.

“Our business peaks between 11 a.m. and 5 p.m., because all the boaters have to get back to their islands before dark,” said Annie, who runs the whole operation on Jost Van Dyke. Yet, despite the challenge of getting here, people keep flocking back to this beach happy place, time and time again. I have to ask Jerry, what gives? What’s the secret sauce? 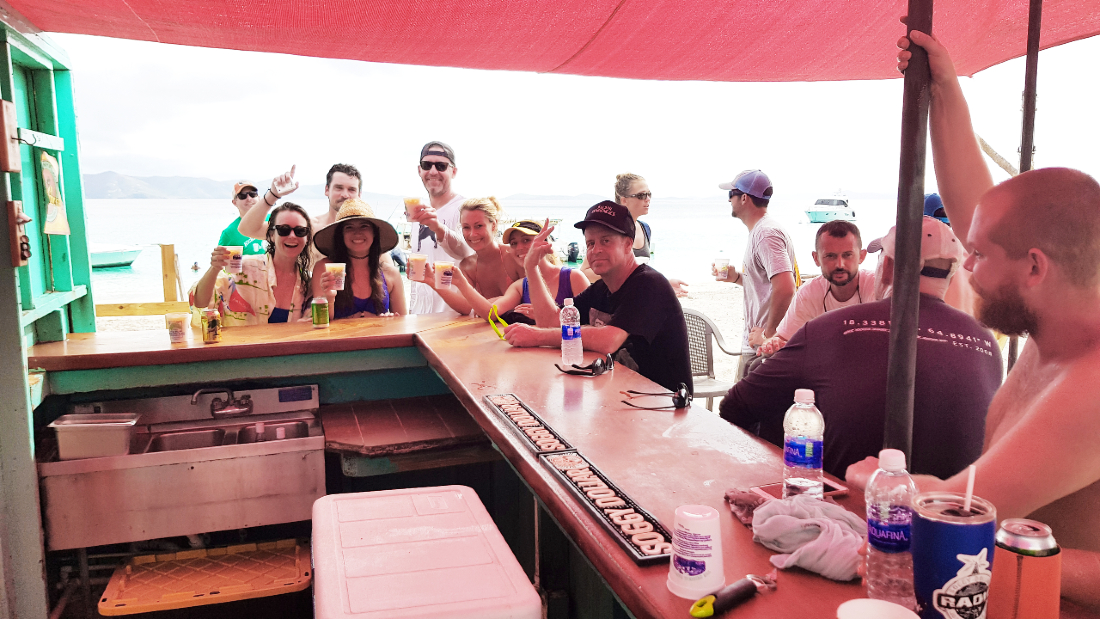 “I think Soggy Dollar’s success is precisely because it takes a little extra effort to get here,” he said. “You navigate your boat as close to shore as you can, you strip down to your bare essentials, you jump in and you swim to shore.”

“The ritual appeals to the explorer and adventurer in all of us,” said Annie. “For many people, this is the exact moment they’ve been fantasizing about. They can’t believe the simplicity of it, and all for a $7 drink.” He also believes it has a lot to do with their 22 employees, 18 of whom have worked here for 15 years or longer.

“Soggy Dollar is the great equalizer,” added Jerry. “When you’re sitting barefoot in wet shorts with no money in your pockets, we’re pretty much all the same. You can have a Russian billionaire sitting next to an unemployed bartender from St. Thomas sitting next to Johnny Depp.”

“No one here gives a darn what your resume says. It’s reverse snobbery.” 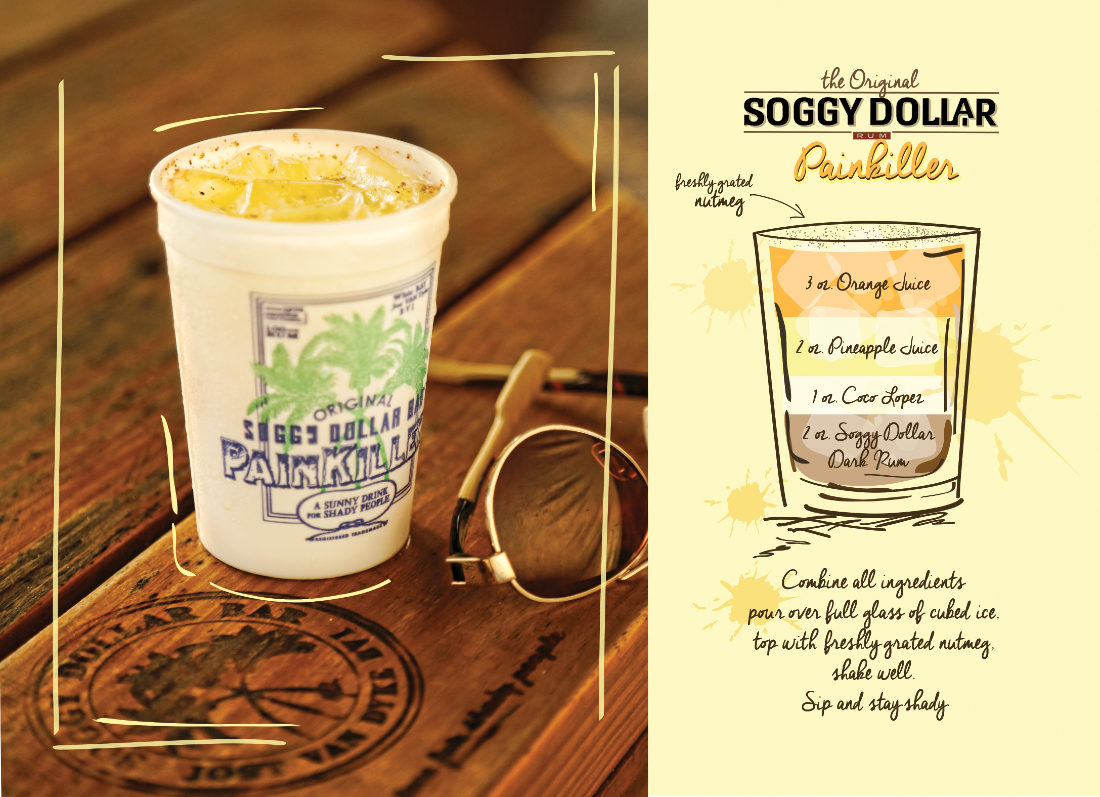 The infamous rum cocktail known as “The Painkiller” was invented – and most say perfected – here in the 1970s. Kevin claims the proper concoction features cream of coconut, pineapple juice, orange juice, fresh grated Grenadian nutmeg, and just enough premium dark rum to kill whatever pain ails you. The exact recipe was a closely guarded secret for over 48 years, although they recently shared their legendary mix when they launched their own rum in 2018.

Exact recipe proportions are a closely-guarded island secret, and The Painkiller has become known as “the essence of Caribbean imbibing.”

These islanders know more than a little bit about pain, being occasionally walloped by tropical storm systems. Right around daybreak on September 6, 2017, Irma hammered the BVIs as a Category 5 hurricane. She caused widespread destruction with the eye-crossing right over Jost Van Dyke. 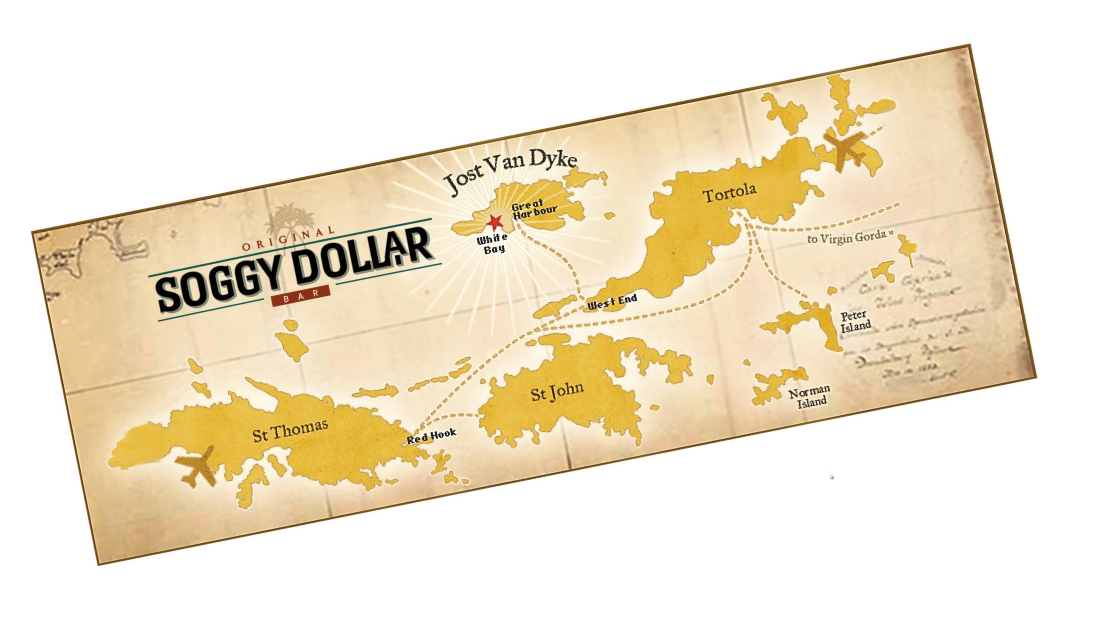 Immediately after the storm, Jerry and his team set up a 501c3 known as the Soggy Island Virgin Community Fund. They raised almost $1 million and used that money to help keep the soup kitchen going in neighboring St. John, to clean up their local reefs, and to replant over 150 mature palm trees across Jost Van Dyke.

“In some ways, we seem to be a lot like your 30A company,” Jerry said. “We have a 24/7 Soggy Dollar radio station, a beach cam, our own brand of rum, and we love giving back to our community.”

We’ll certainly drink to that, Jerry. Happy 50th birthday to all of our Soggy friends!

6 Famous Movie And TV Beach Bars You Can Actually Visit

Shake It Up With Mobile Beach Bars