What’s the first thing that comes to mind when you dream of true love? Perhaps it’s wishing that the romance will never fade. Perhaps it’s the idealistic fantasy that a happy and adventurous life together could bloom and last forever. Naysayers might quip, ‘It just doesn’t exist.’ And it’s true — there is no perfect relationship. Yet, one couple embarked on just such a life adventure that began the day they were married. You may already be familiar with Sean and Kristy Michael from their popular YouTube channel, Long Long Honeymoon. They are a couple truly living their best life: an Airstream dream from which they have yet to awake.

Sean was born in Mississippi, and grew up in Cullman, Alabama. A bright kid with a natural wit, Sean also possessed an irrepressible wanderlust and a streak for adventure. In college, searching for what would make him truly happy, Sean hit the highway. On the first cross-country roadtrip of his life, he ventured west with his dear friend and longtime buddy, Mike. The two twenty-year-olds criss-crossed their way across America to Yellowstone National Park, “winging it” as they traveled, forging unforgettable memories.

Back in Birmingham, Kristy DeArman, an intelligent and beautiful graduate of Samford University, unknowingly awaited her vagabonding destiny. After graduating with a BA in Journalism, Kristy became a fundraiser for the Leukemia and Lymphoma Foundation. 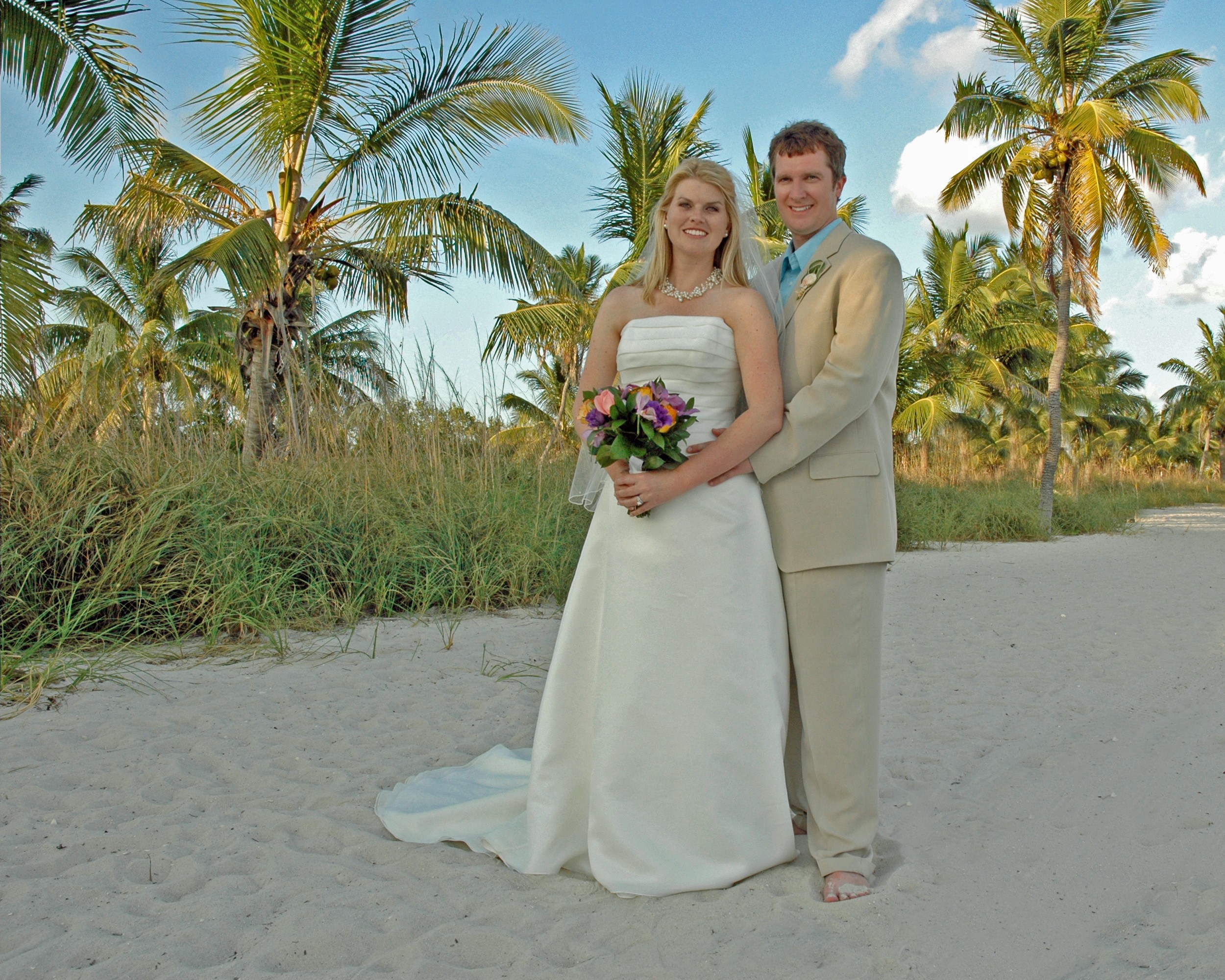 Sean and Kristy first met at a party hosted by mutual friends in 2000. But they didn’t start dating until they happened to run into each other a year later. They’ve been together ever since.The couple found an encompassing love that brought together family, friends… and the beach.

As talk of formal vows began, there were plans for an elaborate wedding. However, as sometimes happens with weddings, ambitious planning became overwhelming and stressful. With the intent to return joy to their special occasion, they had a poignant discussion about what would make them truly happy. Their grandiose wedding plans were scrapped in favor of a small intimate ceremony on a beach.

Earlier that same year, the couple purchased their first RV, a traditional aluminum-skinned Airstream Classic travel trailer. Something Sean calls “retro and futuristic at the same time.” Having decided on a destination beach wedding, plans quickly fell into place. They envisioned taking their Airstream to an exotic, eclectic spot for the occasion. In 2007, they were married in a small ceremony on Smathers Beach in Key West. They spent their first night as a married couple inside the RV.

After their wedding day, the couple decided to take their RV on an extended honeymoon journey across America. Thus, “Long Long Honeymoon” began. 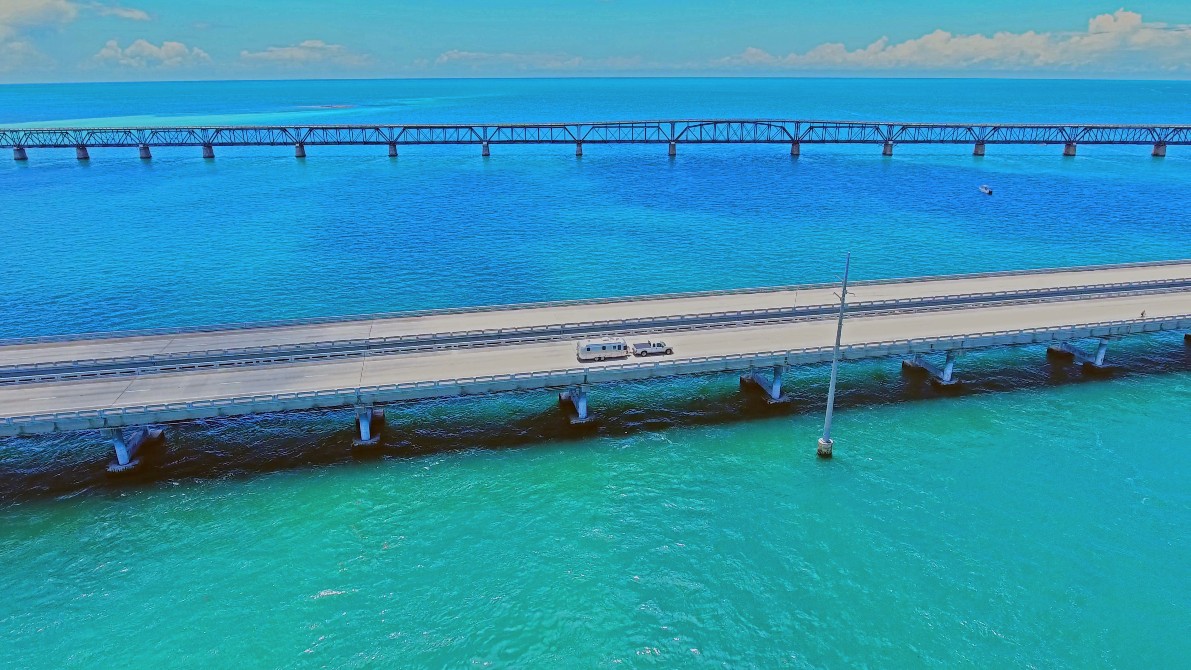 Prior to the journey, Sean had graduated from Birmingham-Southern College and attended law school at the University of North Carolina at Chapel Hill. However, the legal career path never felt quite right to Sean, and he left law school to co-found one of the first online social media companies, the legendary AOL-backed comedy site, Hecklers Online. He later studied filmmaking at New York Film Academy, directing short films in both Manhattan and in Los Angeles at Universal Studios. Along the way, he learned one thing for certain — he did not want to be a part of the work-a-day world for his living. Kristy felt the same way. While on their honeymoon, Sean began to document their nomadic trip in the all-American classic RV.

Sean and Kristy were traveling the country in their Airstream, and soon life took a fluid turn onto an unexpected path. As fate would have it, in 2007 Sean started the first video channel dedicated to RV travel. He discovered a new online video-sharing service called YouTube, and created a channel as a way to practice his filmmaking skills. He made videos to document adventures, and to share experiences with close friends and family.

“This was before the smartphone,” he said. “I was working with an old tape-based camcorder, shooting and editing videos in our Airstream, and uploading them from random campgrounds.”

The initial target audience was simply friends and family, but Sean’s “Long Long Honeymoon” videos soon began to gain attention beyond his closest circles. In the early days, their growing online following consisted of other RV-ers and Airstream owners of the older generation. “We found each time we camped in an RV park, we were easily the youngest people there,” laughed Sean. During their travels, they continued to post and share the adventures and challenges of the Airstream life, which continued to draw more and more followers and fans. “I began to realize that successful RV travel requires a lot of knowledge and some experience,” Sean said. “When you get into the RV lifestyle, there’s a lot to learn. So we began focusing on videos that would teach others about RV travel, and help them pursue their own adventures.”

When I asked how they decided on the name Long Long Honeymoon for their growing YouTube channel, Kristy laughed and said, “Some friends asked us at dinner one night if we had seen The Long Long Trailer, with Lucille Ball and Desi Arnaz. It’s the famous movie in which Lucy and Ricky get married and go on an RV trip for their honeymoon. They told us we reminded them of Lucy and Ricky.” 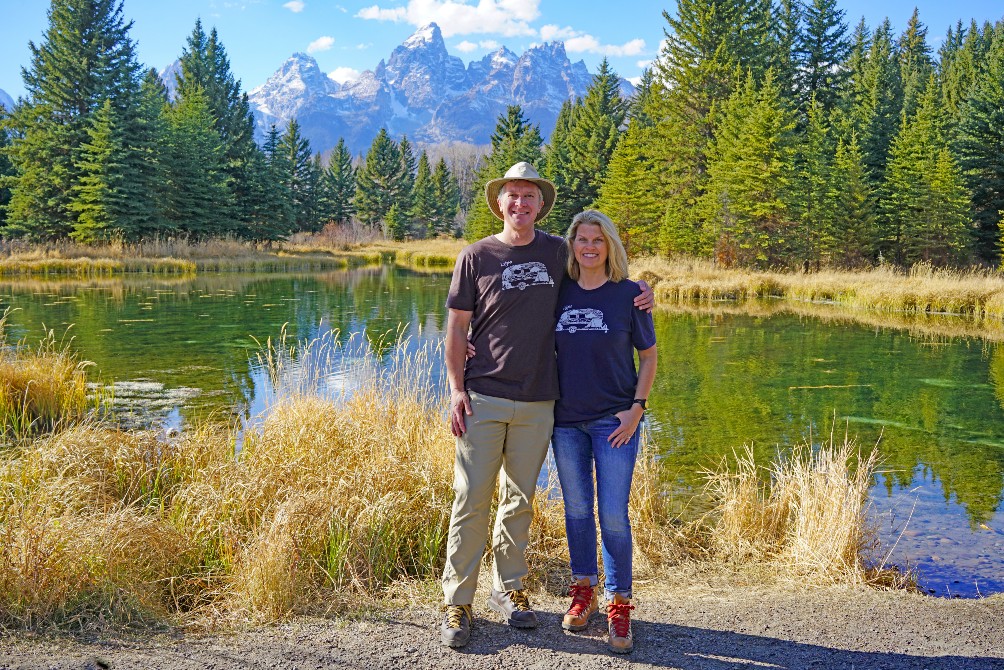 “Long Long Honeymoon is a fun, happy brand,” Sean added. “It can be funny, too. I like to always maintain a sense of humor about what we do.”

In the early days of Long Long Honeymoon, there was no clear way to make money by creating YouTube videos. “In those days,” Sean recalled, “there was no advertising on YouTube. Companies did not understand the value, but as we continued to grow our following, that began to change.”

Now making their living as popular YouTube influencers, Sean and Kristy said that one of their greatest joys is being able to travel just about anywhere they want, whenever they want.

“People think you have to keep going to the same places over and over,” said Kristy. “What we try to show them is, yes, you can visit Wyoming, but if you drive down the road a bit and just take one turn, you can also see Utah.”

Their channel’s video topics range from subjects like how to get along in an RV, to grill and gadget comparisons to traveling with your pets in confined quarters. Their beloved ten-year-old chihuahua, Baby Girl, often tags along on their many journeys, and “loves a good run in the sand.”

The couple travels about six months out of the year, usually heading west in the summer and ending up in one of their many favorite beach camping locales (see sidebar). They share a passionate love of coastlines. I asked Kristy which was her favorite, the beach, or the mountains. “Well, one’s pizza, and the other is ice cream,” she laughed. “They’re both great, but totally different.” Together, they have traveled to 49 U.S. states (towing their rig to Hawaii has proven to be a challenge), and have seen most of Canada. Presently, they have over 41 million views on their YouTube channel and have become well-known ambassadors to a rapidly growing RV community of all ages. Their 215,000+ subscribers rely on their highly informative how-to videos each week. Today, the RV category is more popular than ever, and Long Long Honeymoon, as the longest-running RV related channel, has become one of the staples of the niche.

As living off the grid and minding environmental footprint become more relevant in our modern times, Sean and Kristy’s approach to travel has also evolved. For example, they’ve gone even greener with an impressive install of six full 100-watt solar panels, four lithium-ion 100-amp batteries, and a 3,000-watt inverter that Sean said, “will run just about anything.”

It’s not all fun and games though, and Sean wants people to know there is both hard work and adversity involved.

“When a problem arises or a mistake is made, you have to work together to overcome that problem,” said Sean. “I sometimes joke that RV travel will either strengthen the relationship or end it completely. You’re working as a team, and playing the blame game isn’t productive. By sharing our mistakes, we help others avoid making the same ones. I’d like to think Long Long Honeymoon has helped other couples and families make some special memories together.”

Don’t give up if you haven’t found that magic just yet. There is hope; hope for great love, for an adventurous life, for growth with change, and growth together, whether joyous or born from adversity. In an unpredictable world, Sean and Kristy Michael have found an organically grown niche and through their hard work and challenges, together they have built lasting happiness that will get them far down the road, both in their travels across the miles and in their journey through married life.

“A honeymoon is the sweetest time in your life,” said Sean. “Anyone would want to extend that feeling as long as they could.” 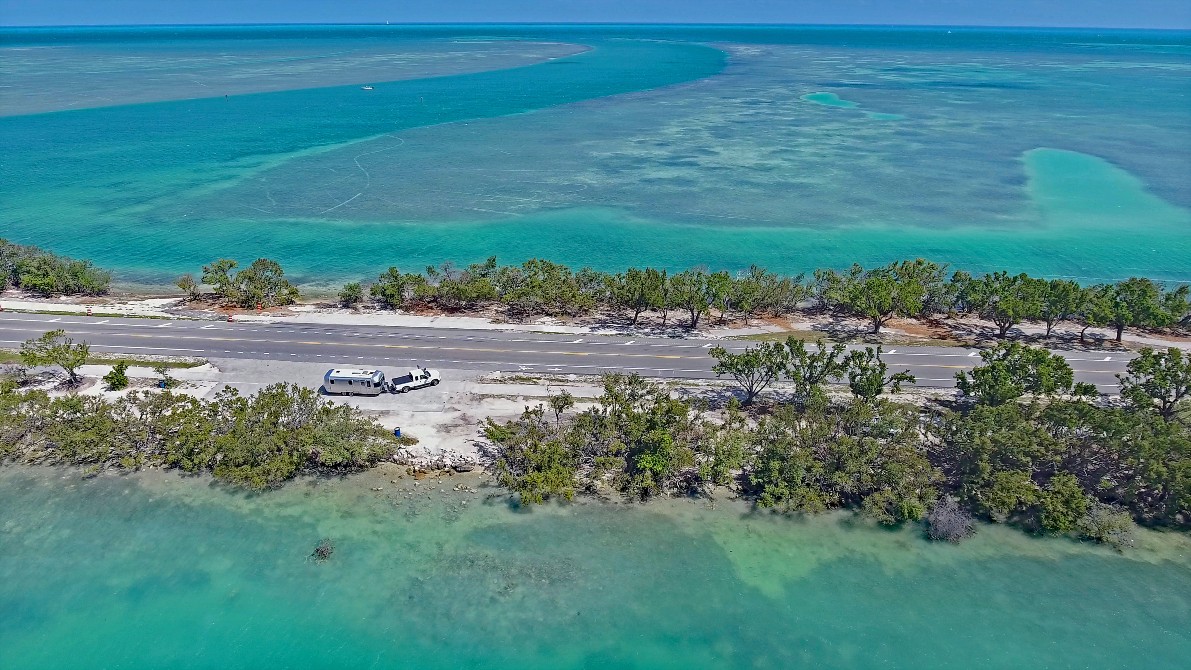 Lush native greenery makes for private campsites. The beach is soft white sand, and the campground is located near the famous resort towns of WaterColor and Seaside.

Since the historic Alaska Earthquake of 1964, the unstable waterfront cannot support permanent structures, which makes it perfect for RV camping. Scenic Alaska views and wildlife are abundant here. It’s a great home base for trips into Kenai Fjords National Park, where you can see orcas and humpback whales frolic amidst the glaciers.

A stunning private campground in the Florida Keys, it’s located a short drive from Key West. Many of the sites have their own tiki huts and piers. The turquoise waters are usually warm and swimmable.

This campground has over one mile of beachfront along the shores of Lake Huron. It looks out across the lake to the famous Mackinac Island, where cars are banned, and horses remain the preferred method of travel. The famous Mackinac Bridge is also visible from here.

This campground offers scenic views of Tillamook Bay and Garibaldi harbor and is located a few miles from Rockaway Beach. Oregon beaches are quite different from those in Florida (more rocks, less sand), but they offer a unique beauty of their own. Keep your eyes peeled for the occasional seal or sea lion.

SUSAN GUNN is a retired paramedic and freelance photographer/writer living in Santa Rosa Beach. When she is not working, she can be found in the water or exploring the beauty of Florida.

This article appears in the Fall 2020 issue of 30A’s Beach Happy Magazine. Look for Beach Happy magazine at Barnes & Noble, Books-A-Million, Publix, Kroger, and other major outlets nationwide, as well as in high-traffic locations along the Gulf Coast. Subscribe now to get print issues delivered to your home or enjoy the free digital edition.