HomeEcoAfter Hurricane Michael, Tyndall Air Force Base is Returning Stronger than Ever
Eco

After Hurricane Michael, Tyndall Air Force Base is Returning Stronger than Ever

On October 10, 2018, Hurricane Michael became the strongest tropical storm to hit the United States since Andrew in 1992. Brewing at sea for over a week, it slammed the Northwest Florida Gulf Coast as a Category 5 storm with sustained winds as high as 160 mph.

To say the storm was a monster would be an understatement. This was THE monster of all recent hurricanes, bringing with it destruction like most in its path had never seen or dreamed of falling victim to.

Destruction was widespread across parts of Florida, and many communities were obliterated, including Mexico Beach, Callaway, and other communities all around Panama City and Port St. Joe. And, what set directly in Michael’s path? Tyndall Air Force Base.

Now, just north of two years later, the United States Air Force is deep into a long-running project to rebuild a base that serves as a critical security function for the air defenses of our great country, as well as the livelihood of the thousands of men and women, both military and civilian, who called it home. 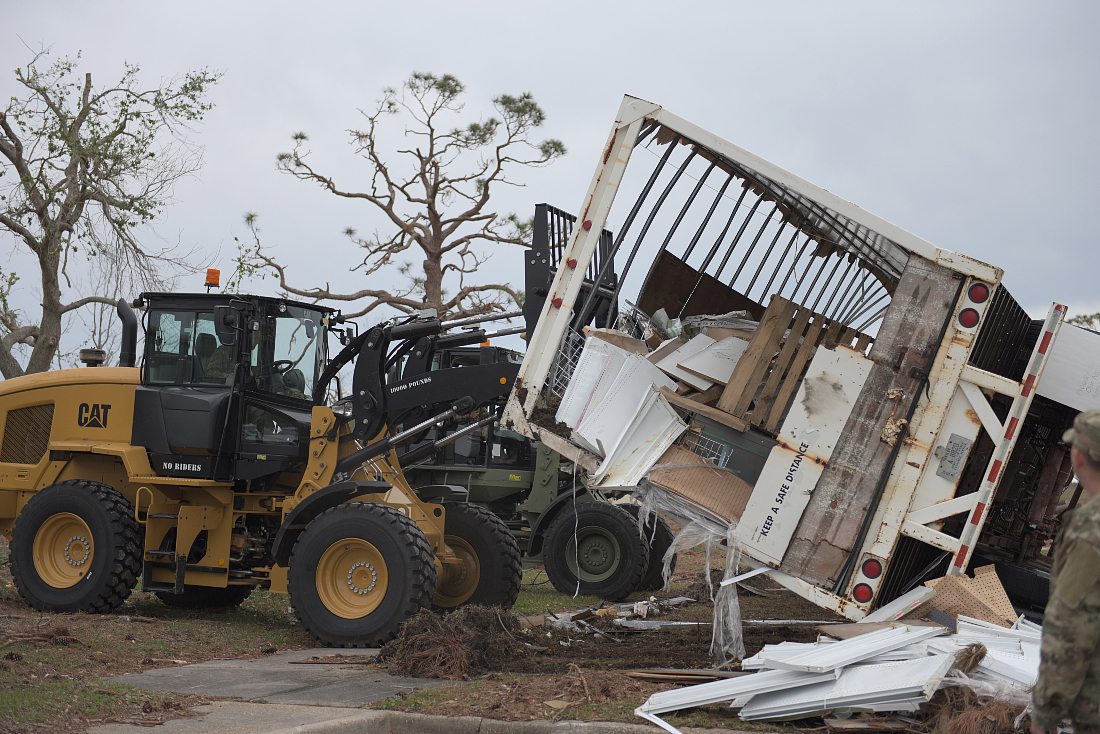 “Every building on the airbase — 100% of them spread across 29,000 acres — was either badly damaged or totally destroyed,” said Col. Greg Moseley, commander of Tyndall Air Force Base. “We were at the absolute epicenter of where Hurricane Michael struck.”

Now, two years later, Col. Moseley is leading the project to rebuild Tyndall not just back to what it used to be, but what he refers to as the “installation of the future.”

“In the days before Michael hit, I was working at the Pentagon in a policy role,” he said. “The military has a system for monitoring the weather, and when it reached the highest warning level — HURCON 5 — that meant there was likely going to be a direct hit with substantial damage in the next 96 hours.”

While local civilians and community groups were planning their own evacuations to safer ground, the Air Force had to decide how to not only move the 3,500 airmen and their families stationed at Tyndall but also the billions of dollars worth of high-tech equipment, fighter planes, service vehicles, and digital hardware. They also had to quickly determine what would just have to be left behind to the ravages of the storm.

The morning after Michael made landfall, even combat-hardened airmen like Col. Moseley were shocked at the devastation.

“We had left behind a core team to ride the storm out and to maintain the integrity of the base,” said Col. Moseley. The experts who remained behind were responsible for critical base facilities, such as the area’s water treatment plant that supports nearby local communities including Mexico Beach, Parker, and elsewhere.

“Fortunately, we had no casualties, but when we watched the video footage from inside the ‘Ride Out Shelter,’ you got the real sense of the power of this thing.”

Within the next 48 hours, countless phone calls were made to assess the damage.

On October 24, 2018, two weeks after the impact, V.P. Mike Pence visited Panama City and announced the base would be rebuilt – a huge relief not only to the military, as Tyndall is a key strategic asset, but also to the local community who see the air force base and its 25,000 strong families as a major part of its local economy.

“The rebuild budget is currently set at around $4.9 billion. That could increase depending on what the final rebuild looks like, but we are all delighted to be remaining at the heart of this community,” said Col. Moseley, a 1994 graduate of Niceville High School in nearby Okaloosa County.

“I remember returning from training missions and looking out of the cockpit window at the beaches, flying over The Red Bar, following 30A, and thinking, ‘This is the greatest commute in the world!’” 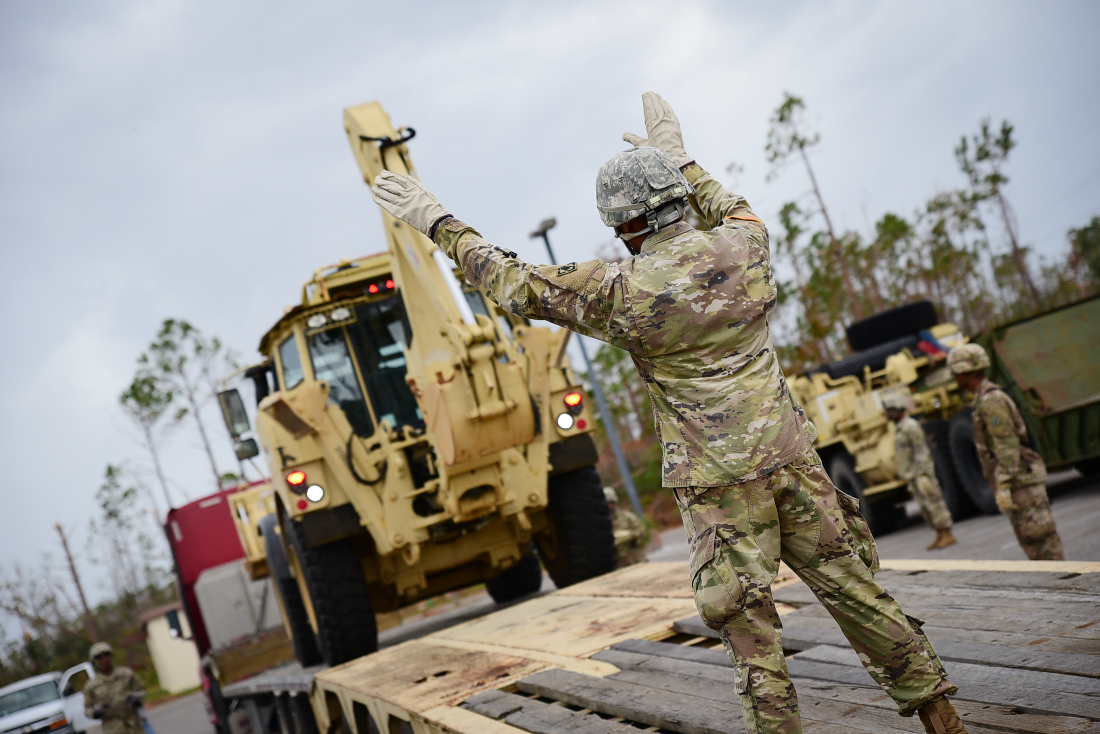 General Patrice Melancon, a 30-year Air Force veteran, was appointed executive director of the rebuild program and, with her project team of 48 personnel, set to work immediately.

“Reconstruction is projected to take 5-7 years to complete,” said South Louisiana-native Gen. Melancon. “One of the biggest challenges we face is the fact that the Air Force mission cannot stop while we rebuild. This creates more risk and complexity to the whole program.”

Tyndall Air Force Base is described by Col. Moseley as a “national treasure,” because it is the only base in the continental U.S. that offers direct access to a large-scale training and exercise area — tens of thousands of square miles of airspace above the Gulf of Mexico.

“We can take off either east or west and then turn due south and out into the various combat training zones, from the runway to about 300 miles out to sea,” he said. They can do so all without crossing civilian airspace or flying directly over residential areas. “With the training and maneuvers we are practicing — air to air combat, ground to air missiles, drone battles — all in the very latest fighter jets, we require this scale of air space.”

Tyndall will remain the home of the 325th Fighter Wing, currently training pilots with F22 Raptor fighter jets, and will soon also be the home of three new squadrons of the USAF’s most technically advanced F35 Lightning fighters.

“Tourists and residents may have seen our planes flying along the beach,” explained Col. Moseley. “These are our airmen returning to base after training exercises out over the Gulf.” They fly back to the coast in designated corridors and then return to base at Tyndall, or to nearby Eglin or Hurlburt Field.

“I remember returning from training missions and looking out of the cockpit window at the beaches, flying over The Red Bar, following 30A, and thinking, ‘This is the greatest commute in the world!’”

Tyndall will also be the permanent home of other vital services and expertise. The 53rd Weapons Evaluation Group, which investigates the effectiveness of all the Air Force’s munitions and missiles, will be rebuilt there. It will also house First Air Force, which oversees all civilian, private, and military air traffic flying anywhere in the United States, acting as an early warning to prevent tragedies like 9/11 from ever happening again.

There are new technologies too. The base recently unleashed a pack of Robo-Dogs to patrol its unfenced Gulffacing boundaries. Their appearance and warning ‘bark’ alone will be enough to startle any unsuspecting paddleboarders or sailors who stray off course from nearby Shell Island. These 4-feet robotic canines can patrol the swampy, bug-infested, sweltering sand dunes and beaches all day before returning to their ‘Dog House’ to recharge their batteries and download their files. 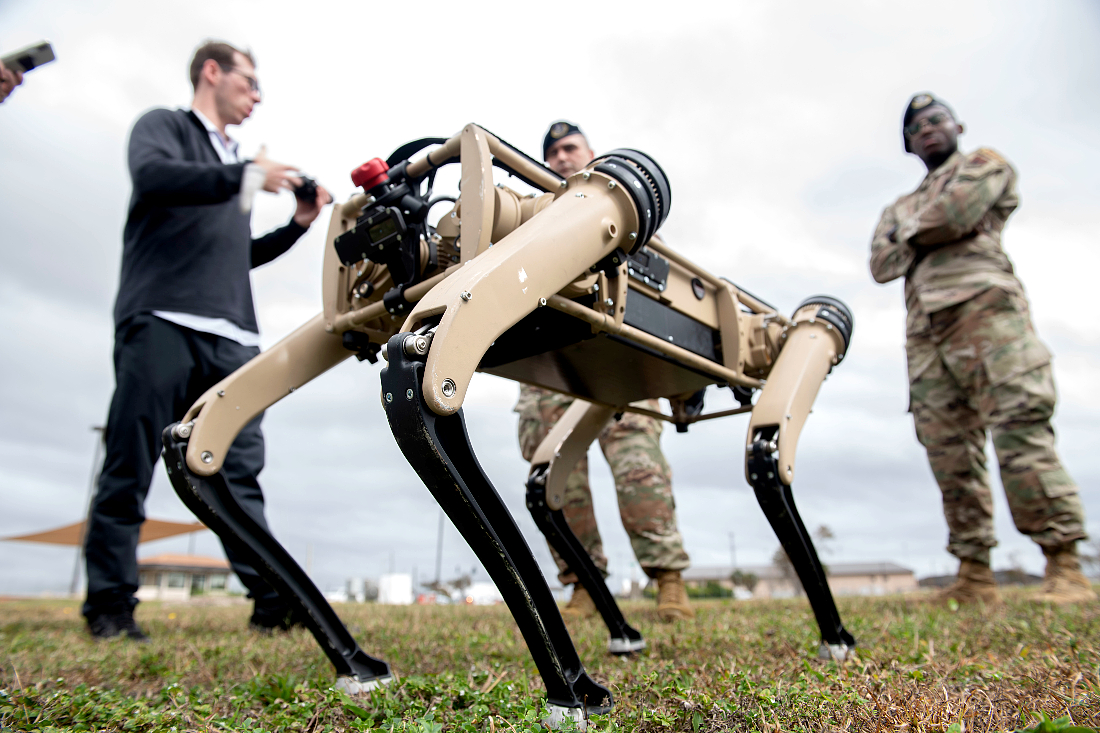 “We want to make this the most resilient installation – not just the physical base so it withstands future hurricanes, but for the airmen who serve here, and by extension the community we are part of,” said Col. Moseley.

“We recognize our responsibility as stewards of the natural world too.” Being part of a community means working together to face tough and expected challenges such as the pandemic.

“I think we will all have to work hard to tackle the pandemic, but also the pandemic of isolation which these events have created,” said Moseley. “What does it mean for a young child or a teenager to have stopped going to school, seen their friends move away, live in temporary housing? This is something we discuss with the Bay County school’s leadership as well as the wider local and business community every time we meet. Together, we are problem sharers so we can be problem solvers.”

Col. Moseley recalled how the personnel of the Air Force base worked side-by-side with the civilian EMS, firefighters, and law enforcement officers directly after Hurricane Michael to clear roads, secure buildings, provide aid and relief efforts. “I know the local population values us, and we certainly value them,” said Col. Moseley. 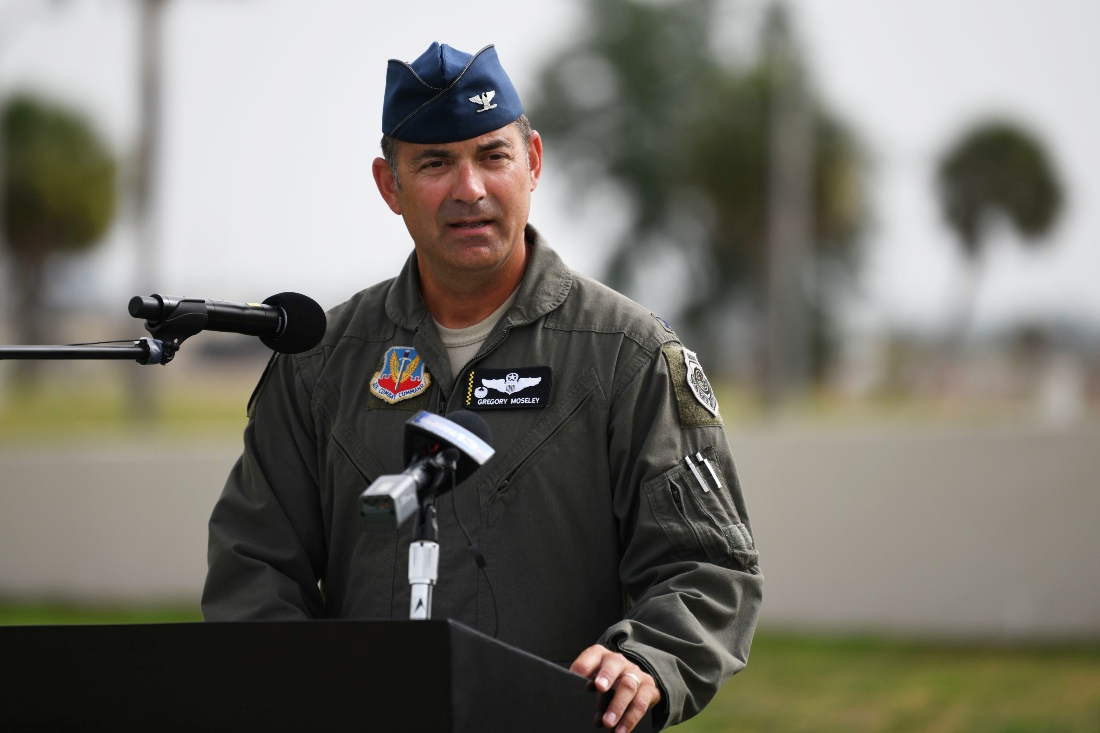 Such mutual support and respect are more important than ever.

During Hurricane Michael, 867 homes on the base were destroyed. So far, 97 have been rebuilt, with 500 more planned.

“That means more of our airmen and their families will be living in the local community, helping out at little league games, shopping in local stores, and going to the neighborhood schools,” said Col. Moseley.

Located on the Gulf of Mexico, among Northwest Florida’s timber forests and state parks, there surely isn’t a more idyllic location for a military base. That beauty isn’t lost on Col. Moseley.

“Our base is 29,000 acres, but about 70 percent of it is pristine and untouched,” he said. “It’s home to a startling array of wildlife — deer, bears, nesting birds, sea turtles. We recognize our responsibility as stewards of the natural world too. We have a natural resources team that ensures we are protecting the environment while we continue to defend our nation.”